The Book of Grudges Player Pack 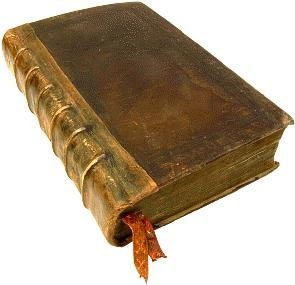 The Book of Grudges is a Warhammer Fantasy Battle tournament consisting of 6 games played over 2 days. August 13th and 14th 2011. Games will be played with 2250 point armies.

Book of Grudges is designed to encourage a fun and fair weekend of wardolly madness. We expect that players will use their sense of fair play, courage in battle, and skill in painting wargaming miniatures. This player pack is designed to explain how players will
be awarded points in sports, painting, composition, and generally to explain what I expect at BOG 2011.

Book of Grudges will be held at Realm of Legends outside of Melbourne in Croydon.

Registration Information:
Tickets may be purchased from Realm of Legends. For direct deposit, details are as follows:

For payment by credit card, call 03 8215 9344.
You can also pay in store.
Make sure that your name and BOG-WFB is in the description of any direct deposit.

Book Of Grudges costs $45 per player.
Please email your army lists to whatisabattle(at)gmail.com
(use the @ not (at) please)

Army Guidelines:
Armies can be not larger than 2250 points.

Back of the book lists (if you can find one these days) are NOT allowed.

All Games Workshop army books are allowed. If new books come out they maybe used but books released after the due date for lists may not be used.

General Note:
For the purposes of Line of Sight, all models count as being the correct size and shape as a standard Citadel figure. In addition, True Line of Sight will be used as per the rulebook.

Models should resemble the units ad characters that they represent. Please contact the T.O. if you have any questions regarding this.

Scoring:
Players in the Book of Grudges will be scored out of 200 possible tournament points. These points will be distributed as follows.

These points are further broken down as follows…

Sportsmanship:
At the conclusion of every round, players will be asked to judge the conduct and behavior of their opponents out of following options.

(SKULL)Why the %^*k is this guy here other than to annoy me? Worst Game EVER!!! (This Result will bring a judge for a chat.)

• (Meh) The game has been tense and not in a good way. There were frequent arguments and my opponent did not take winning or losing those arguments well. This was not a fun game!

• (Good) It was a good game of Warhammer. My opponent and I disagreed a few times but we worked it out. It was alright but not life changing by any stretch of the imagination.

• (Coolness) This is the kind of game I came to BOG to play. My opponent and I may not have always agreed but this did not stop us from having a good time and working things out. We laughed, rolled some dice and played some fun Warhammers. This guy is a pretty good dude.

• (AWESOME!!!) This is maybe the best game of Warhammer I have ever played (hands down). I have found my new best friend and I am so excited that I will be telling my poor bored wife/girlfriend/ pet rock about this game for years! (This result will result in a judge coming to discuss your opponent/game [WE WANT TO BE BORED TOO!!!].)

In addition to this game-by-game system, at the end of each tournament day you will have the opportunity to vote on your favourite player of THAT day. Players who receive the most of these votes will gain bonus points.

As you can see this system is weighted quite heavily towards the middle and that is what we expect most players to get after any given game. We built as system that’s aim it is to really reward those players that are energetic, sociable, and (most importantly) FUN to play against.

Painting:
All armies must be WYSIWYG (What you see is what you get), and models must appropriately represent their unit. Unpainted models will be allowed.

Is the army fully painted (with a at least three colours)? 10 points
Has some effort been made to highlight/shade/detail models? 3 points.
Has there been considerable effort put into highlights/ shading/ detail painting of models? 2 points
Does this army show a significant number of/ high quality conversions? 2 point.
Are the models in this army based (and movement trayed) appropriately? 2 points
Does this army have a display board? 1 point

Composition:
We expect all BOG players to be of the maturity and calibre of gamer that they know what is acceptable and what is not. We, the judges, like armies that have a good solid troops core, as well
as a great theme that is within the WFB Ethos.

There will be a panel of 4 judges who will issue each army a score out of 6 paints. 4 is the score that is assumed to best represent what the judges consider to be a standard tournament army. The shear power of each list will be considered outside of the context of the player using it. Low scores will be given to armies that sacrifice theme and general balance in favor of brute strength or outlandish sneaky combinations of abilities or items. Conversely higher scores are armies that are not built to win at any cost. These scores will be added together to determine 2/3rds of a players score.

I am borrowing the following paragraphs from Chris Cousin’s Empire in Flames players pack because it says exactly what I was trying to write:
“There will be no guidelines given for what constitutes a ‘standard’ tournament army, and this is deliberately left up to the judgement of the panel. This is because players often use guidelines as a basis for disagreeing with the score they receive. Regardless of how biased you think the judges are, they are guaranteed to be less biased than the owner of the list, and hence their decision will NOT be argued. The panel consists of some of the most experienced 8th Edition players in Australia and New Zealand, and have the best idea as to what a standard tournament list should look like.

You should be bringing an army list that YOU would be pleased to see across the table. It should not rely on any single phase to win games, and should contain a mix of units and unit types where possible. Balance and variety are what we would like to see in armies. However, the final decisions for composition relate purely to the efficacy of the armies, and while you can request a reason for the score you have been given, scores will NOT be altered once they have been awarded.”

The final third of a player’s composition score will be determined by their opponents. After each game players will be asked to fill in a tick box from a list that will rate their opponents list. This is to supplement the panel score given by the comp judges (just in case we missed something that your opponents don’t!).

That being said, people intentionally giving low scores to opponents to hurt their scores that do not reflect their armies will be caught and will be penalized themselves. Chip Monking is not tolerated at BOG!

Theme:
I will be giving two bonus points to players that go out of their way to stay to a specific theme in their army (at the possible detriment of the strength of their army). I.E. Pure savage orcs and forest goblins or all mounted Warrior of Chaos or pure Khaine-ate Dark Elves.

Battle:
Scenarios:
Round One – Meeting Engagement
Round Two – Dawn Attack
Round Three - Watchtower
Round Four – Battle for the Pass
Round Five – Blood and Glory
Round Six – Battleline

After each game, calculate the Victory Points difference between the two armies. Compare it to this table.

In addition to the Battle Points awarded, there are 4 points available per game for extra objectives:
• Kill Enemy General: 1 BP
• A standard in enemy deployment zone: 1 BP
• Destroy most expensive enemy unit (non-general): 1 BP
• Kill half the total enemy models: 1 BP
In the Watchtower mission, whoever controls the watchtower at the end of the game receives a bonus 800 VPs.
Blood and Glory will last 6 turns. Whoever breaks their opponent FIRST receives 800 bonus VPs.

Grudges:
With a name like Book of Grudges you would expect there to be grudge matches. And there are. Lots of them.

Round 1 and 2 at BOG are random drawn and any player can grudge any other player (providing that they are not already playing someone else).

In rounds 3 and 5 every fifth player can issue a grudge. Starting at player 5, then 10th, then 15th, then 20th... etc... This will change in round 4 when these same places grudge but in reverse order. (so if there are 50 players... number 50 issues the first grudge).

There are no grudges in round 6.

If you accept someone's grudge in rounds 3-5 you get 2 bonus battle points for courage and a general willingness for fun tourney rules. (You can never get more that 20 battle points per round).

You cannot play the same person twice in the same weekend.
Winners of the following tournaments will be entitled to a Golden Grudge:
Empire in Flames
Convic
Rumble in the Bronx
If you earn a Golden Grudge, you can use it any round against any available player (except in round 6. There are no grudges in round 6). One use only.

Prizes:
There will be a variety of trophies and prizes to be won at Book of Grudges. These include:
The Podium (1st, 2nd, 3rd places)
Best General (Highest Battle Points while not on the Podium)
Best Sports (Highest Sportsmanship scores. Ties will be determined by a count back using the highest composition score.)
Best Painted (Judges favourite army to BOG)
Players Choice (Players favourite army at BOG)
Best Noob Player (3 events or less of any game system under their belts including this one).
Best 40K player (regular 40K players with this as their 2nd fantasy event or less in the last 12 months

“I CAST THEE OUT!!!”
It is important to point out that THE JUDGES RULINGS ARE FINAL. Please feel free to ask questions on the day or before via email or on wargamerau.com (within reason boys and girls) but once the judges have ruled (and we do RULE!) no further correspondence will be entered into. Period. Bring your best Warhammers and have some fun!
Posted by Bolt Action Alliance at 4:23 PM